All payments made by Visa, Meastro and MasterCard through the payment getaway WSpay will be effected in Croatian currency. The amount your credit card account will be charged for is obtained through the conversion of the price in Euro into Croatian kuna according to the current exchange rate. When charging your credit card, the same amount is converted into your local currency according to the exchange rate of credit card associations. As a result of this conversion there is a possibility of a slight difference from the original price stated in our web site.

WSPay uses 256-bit encryption SSL certificate and TLS 1.2 cryptographic protocol as the highest standard of data protection and data security. Personal data used for authorization and collection purposes, or for performance of the contract or contract obligations, are considered confidential. For the execution of the contract (authorization and billing), the following customer's personal information is required:

WSPay does not process or use personal data except for the purpose of executing authorization and billing agreements.

For credit card payments you can use the following:

The security deposit has to be deposited in starting marina by the Charterer when taking over the yacht in cash or by credit card. The security deposit shall be refunded in its full amount unless the existence of damage or a defect on the yacht or the equipment is found during the returning of the yacht. In case of loss or damage on the equipment, particular parts of the yacht or the yacht itself, Charteree shall retain the amount (a part or the whole deposit), which corresponds to the value of repair, acquisition and / or purchasing the equipment or particular part of the yacht. In case the caused damage has the consequence that the yacht cannot be subsequently chartered, Charteree has the right to retain the amount corresponding to the loss of profit.

Take over and hand over of the yacht

On hand-over inventory quoted on the inventory list should be checked again to see if the yacht and the equipment are in working order. The Charterer is obliged to return the yacht cleaned and tidied without the crew and their personal luggage at agreed marina at least until the time specified by the Charter contract, including the physical take-over lasting for an hour. Therefore, it is obligatory to return the yacht in the marina the night before as indicated in the Charter contract. If the returning of the yacht is later that stated in the Charter contract, the Charterer has the following fees:
- for the delay up to three hours one day charter fee
- for the delay of more than three hours triple daily charter fee plus all other expenses.
Delay cannot be justified by bad weather conditions.

If the Charterer for any reason cannot start the charter the Charterer can find other Charterer by himself (with previous acceptance of Charteree). If the Charterer is not able to find another Charterer, Charteree shall retain:
-25% of the contracted price if the charter is cancelled from the date of charter confirmation until 61 (sixty-one) days before the embarkation -50% of the contracted price if the charter is cancelled in period from 60 (sixty) to 31 (thirty- one) days before the embarkation -100% of the contracted price if the charter is cancelled within 30 days before the beginning of the charter.
In case that Charterer cannot start the charter due to COVID-19 related reasons Charteree shall retain already paid funds as per cancellation conditions stated above.
Instead of retaining percentages of contracted price, Charteree will issue a credit note to the Charterer if the cancellation happens for the following specific COVID-19 related reasons:
- If Croatian state border is closed
- If the state border of Charterers country of residence is closed
- If quarantine of minimum 7 days without testing possibility upon return to the country of residence of the Charterer is mandatory
Credit note equals the amount already paid to the Charteree and is valid for future charter that will take place on any of the boats from Charteree’s fleet within 12 months from the date of issue of the credit note. Credit note can be claimed only if particular reasons stated above are valid or announced within 7 days prior to embarkation.
If a cancellation occurred for objective reasons (death of a family member, severe injuries, war etc.) the advance payment shall not be refunded, but the Charteree shall give the vessel to the Charterer in another available period within the same season.

In case of dispute which cannot be resolved in a friendly manner, the parties accept the jurisdiction of the court in Split. 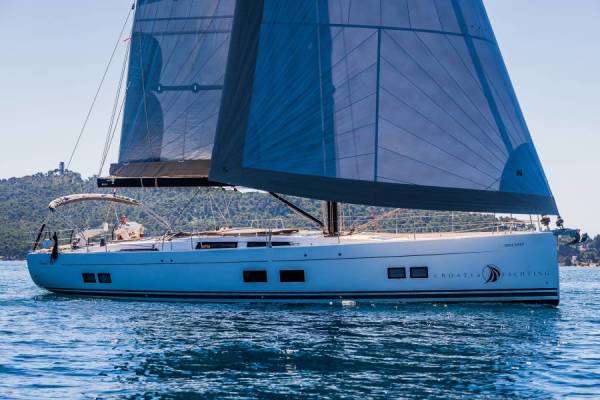